Fire that started in unoccupied tent damages nearby business

Police are investigating after a suspicious fire last night, which destroyed a tent and damaged a nearby hydro pole, wires, and a business.

Shortly before 7:30 pm last night officers were flagged down for a report of a fire in the 500-block of Ellice Street. 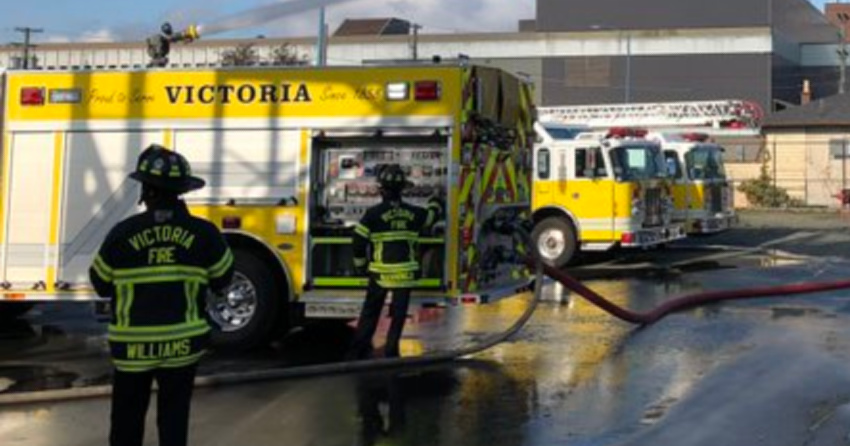 Officers attended the scene where an unoccupied tent was engulfed in approximately 15 foot high flames. A nearby hydro pole and wires had also caught fire.

The Victoria Fire Department attended and extinguished the fire. Traffic in the 500-block of Ellice Street was disrupted during the incident.