British Columbia is expected to experience sustained wildfire activity in August and September, especially in southern regions, with a long−range forecast of hot−dry weather.

Shortly after the wildfire forecast came Thursday, the Okanagan−Similkameen Regional District upgraded an evacuation order to include all residents in the community of Olalla, about 40 kilometres south of Penticton. This was later expanded to include 20 additional properties south of Ollala.

The district also issued evacuation alerts for the Village of Keremeos and rural Keremeos.

More than 300 properties had previously been evacuated as the wildfire consumed more than 42 square kilometres of rugged terrain in the Penticton area. 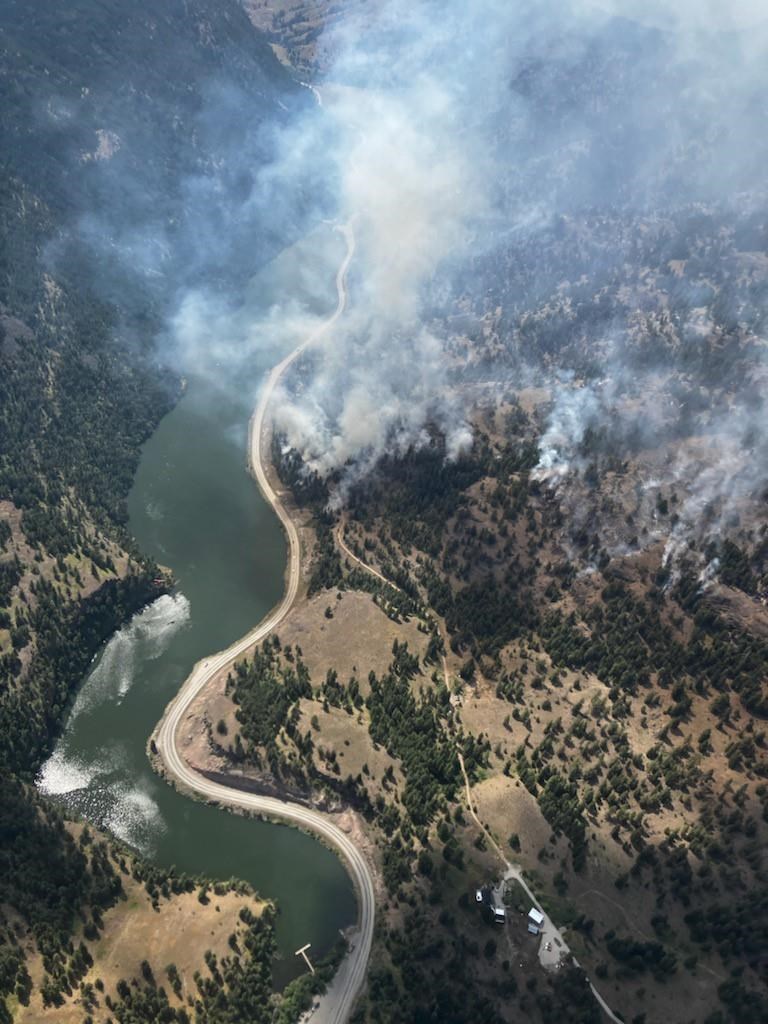 Neal McLoughlin, the superintendent of predictive services at the BC Wildfire Service, said wildfire activity is now forecast to shift from the province’s north to southern areas.

He said there were 149 new wildfires in B.C. over the past week and similar numbers of fire starts are expected through August, but those weekly fire counts are below normal, with tallies of 50 to 700 over the past 20 years.

"We’re expecting above−average temperatures, near−normal precipitation amounts through most of B.C. in August and early September and then a gradual return to seasonal temperatures by October," said McLoughlin. "We are anticipating a similar number of fire starts through August as we observed with the later part of July."

Forests Minister Katrine Conroy told a monthly fire forecast briefing there are 91 active wildfires in B.C., with six of those considered fires of note, including wildfires outside Lytton and near Penticton.

She said 528 wildfires this year have burned 220 square kilometres.

"Just by comparison, by the same time last year we had more than 1,300 fires burning and 25 times the hectares," Conroy said.

The Fraser Canyon village of Lytton was largely destroyed by a wildfire in June 2021 after temperatures reached an all−time national record of 49.6 C.