UPDATE: Crews continue to respond to 2 wildfires on the Sunshine Coast

(Update: Aug. 8, 2022): BC Wildfire crews continue to respond to two remote wildfires on the Sunshine Coast.

The Southgate River wildfire, located at the North East tip of Bute Inlet, is lightning caused and currently mapped at 208 hectares. Its status remains as burning out of control.

The S Elliot Drainage wildfire, located about 4.7 km South East of the Southgate River fire, is mapped at 36.2 hectares and also classified as out of control. The cause of this fire remains under investigation.

Resources assigned to both fires include two unit crews, five helicopters, one water tender and an Incident Management Team with additional support from industry personnel.

Airtankers have also responded along the North West flank.

Both fires have shown minimal to no growth overnight.

The BC Wildfire Service (BCWS) is responding to two wildfires that ignited recently on the Sunshine Coast.

The BCWS said that the fires are in a remote area, but smoke is visible from parts of Vancouver Island, including Campbell River and Courtney. 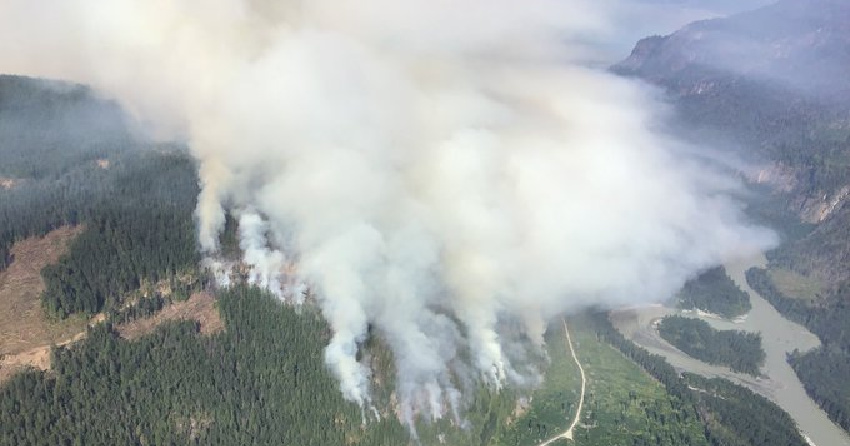 One of the blazes, named the Southgate River fire, is located at the northeastern tip of Bute Inlet. The lightning-caused fire is currently 208 hectares in size and is classified as out of control.

The second fire, the S Elliot Drainage fire, is located about 4.7 km southeast of the Southgate Fire and is also classified as out of control—its cause is still unknown.

“Both fires are burning in rugged, steep terrain that is difficult to access safely,” said BCWS.

Resources are being shared between the two locations. There are 20 firefighters, five helicopters and support from industry, including heavy equipment, responding to the two fires.