The Vancouver Canucks have re-signed one of their own.

The team announced on Friday that they have signed the forward to a three year deal worth $19.95 million, for an average annual value of $6.65 million.

Vancouver Canucks General Manager Patrik Allvin announced today that the club has agreed to terms with right wing Brock Boeser on a 3-year contract worth 6.65 million per season.

The 25-year-old's agreement means that he will avoid arbitration with the Canucks, as he was a restricted free agent. 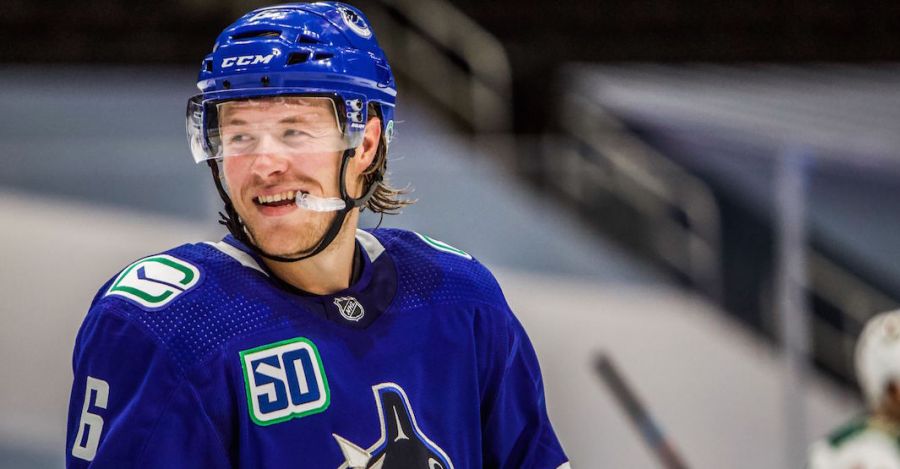 Near the end of the year, Boeser told reporters that he was struggling with the poor health of his father, Duke.

Duke passed away at the end of May following a battle with cancer and Parkinson's.

Brock Boeser gets emotional while addressing his father’s health issues and says it was a situation that was weighing on him heavily this year. pic.twitter.com/W0urwQ3Vzt

In 324 regular season games, the 6 ft 1 in right winger has contributed 121 goals and 135 assists parts of six seasons.

Boeser re-signing with Vancouver solidifies the team's desire to be competitive, as they have recently signed KHL star Andrei Kuzmenko.