History was made for Team Canada on Sunday, not only at the World Cup, but in tennis, as the team won their first ever Davis Cup championship. 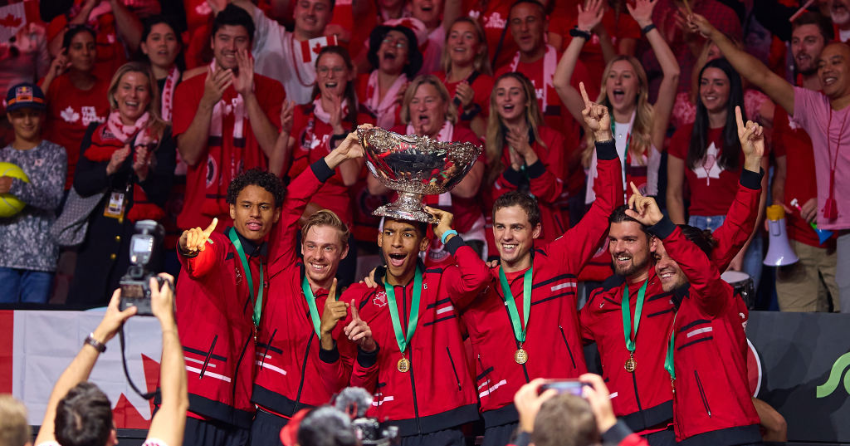 In the semifinals on Saturday, Canada again came back from a 1-0 hole, to win their next two matches as Felix Auger-Aliassime defeated Lorenzo Musetti (6-3, 6-4) then Aliassime teamed up with Vasek Pospisil to dispatch Matteo Berrettini and Fabio Fognini (7-2, 7-5).

The victory then had them do battle with the Australians, who defeated Croatia in their semifinals.

To kick off the finals, Denis Shapovalov dispatched Thanasi Kokkinakis 6-2, 6-4 to bring Canada to the brink. In the next singles match, Aliassime was able to get past world #24 Alex de Minaur 6-3, 6-4 to seal the first ever triumph at the Davis Cup for Canada.

Vasek Pospisil, the elder statesman of the team, was super proud of the squad, especially since they came so close in 2019, losing in the final to Spain.

"We've been dreaming of this for several years," he said. "To be here as world champions, I'm speechless. These guys are not kids anymore. They've been crushing it."

For more information on the Davis Cup, click here.