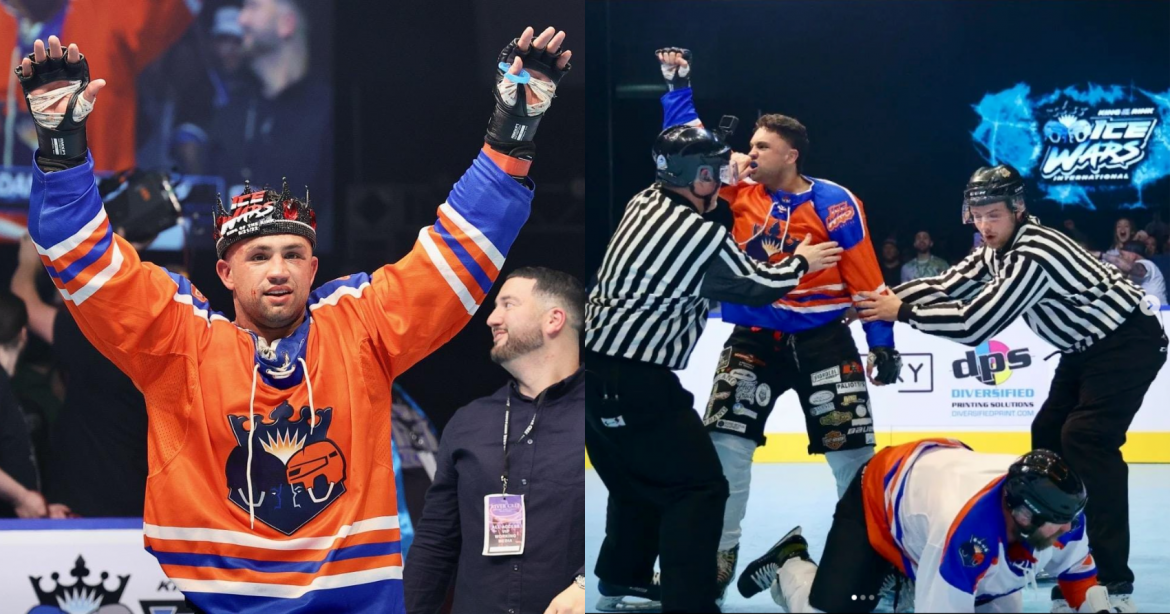 Ice Wars International is literally what it sounds like.

Saturday Night was absolutely legendary ! Ice Wars II did not disappoint - and proved we are here to stay 🥶😈🏴 Much respect to all these Warriors !

If you missed it LIVE you can still purchase today - link in bio. You buy it - you own it - Unlimited Replays !@iceiswar pic.twitter.com/N5y3XtOzgq

The newfangled promotional sport has leapt into the consciousness of combat and casual athletic fans with its blend of hockey and boxing.

How am I just now learning about this?

Athletes compete in two one minute rounds, outfitted in hockey gear and skates, with MMA gloves strapped to their hands. There are no pucks or sticks.

In May, the inaugural event went down in Edmonton, with Maple Ridge's Daniel 'Diamond Hands' Amesbury winning the overall competition to be dubbed the 'King of the Rink.'

"Cowboy is probably the toughest human I have ever fought," Amesbury told NowMedia. "That guy, I have so much respect for him after that fight. I had major respect for him before but even now, it is awesome to be able to share the ring with a guy like that."

Ice Wars is the brainchild of former Danbury Trashers General Manager AJ Galante. Galante rose to popularity after Netflix published the documentary Untold: Crime and Penalties in 2021, which chronicled the rough and tumble Trashers as they blew apart record books for penalty minutes in the now-defunct United Hockey League.

It made sense that Galante's next foray into a sports business would involve hockey and fighting.

And for Amesbury, he was seemingly destined to compete in it.

"I reached out to AJ, initially," said Amesbury. "I sent him some videos and told him who I was. Then the next thing you know, it pretty much became a reality."

A perusal of Amesbury's hockey reference page will bring up some eye-popping statistics.

For Amesbury, his fighting style of play endeared himself to teammates and coaches.

"I was always the one to stand up to a bully and I always stood up to my friends. I was always happy to protect other people and put myself on the line. So, when I got into the age of junior where I was fighting, it kind of became natural to be the first to stand up to someone who was kind of bullying our guy."

"I played minor pro that way, and then I made a career out of lacrosse as well doing the same thing, so it was kind of just the role that fit my character."

His six year semi-pro hockey career morphed into a couple seasons in the semi-pro Western Lacrosse Association, as he never deviated from his style of play.

While by day, he is a tugboat operator, Amesbury is seemingly all in on Ice Wars.

"Ice Wars is my main number one priority. I want to progress and be an ambassador for this sport. I also want to be a positive influence through this platform that I am able to build."

"I went through some things in my own personal life that I think a lot of people have probably gone through and where I have gotten is a reflection of my self work and my commitment to be a better human."

"I just really want to use Ice Wars as a platform to help spread the positive mindset and the power of the mind message, along with being a good influence overall to whoever is watching me."

Amesbury wants to reiterate that it isn't just goons punching each other in Ice Wars. In fact, niche skills are involved, especially the aspect of skating whilst throwing haymakers.

"It takes a lot of skill to do it. If you are just an average Joe, they can't just hop out there and be able to skate, let alone be able to fight while skating. When I think about it that way, I feel that it is a pretty impressive sport and I think that there is enough people out there that want to see it."

In the first Ice Wars event, Amesbury was put into the eight person 'King of the Rink' competition, where three consecutive victories on the night would net you the victory, and a sparkling crown.

He has the crown! Daniel Amesbury is your King of the Rink! #ICEWARS @iceiswar pic.twitter.com/eOWyPuKkD7

In the second event just last weekend, Amesbury was the main event in a three round battle, which was a different challenge for the 31-year-old.

"It was a real mental grind, because I don't have the experience in boxing or MMA. I have never been in a main card or main event where I just have to wait three hours to fight while the most exciting thing in the world is happening right in front of me."

"I was trying to stay calm and wait for my fight and that was a big mental battle, but I learned a lot from it and I am going to get better at that end." 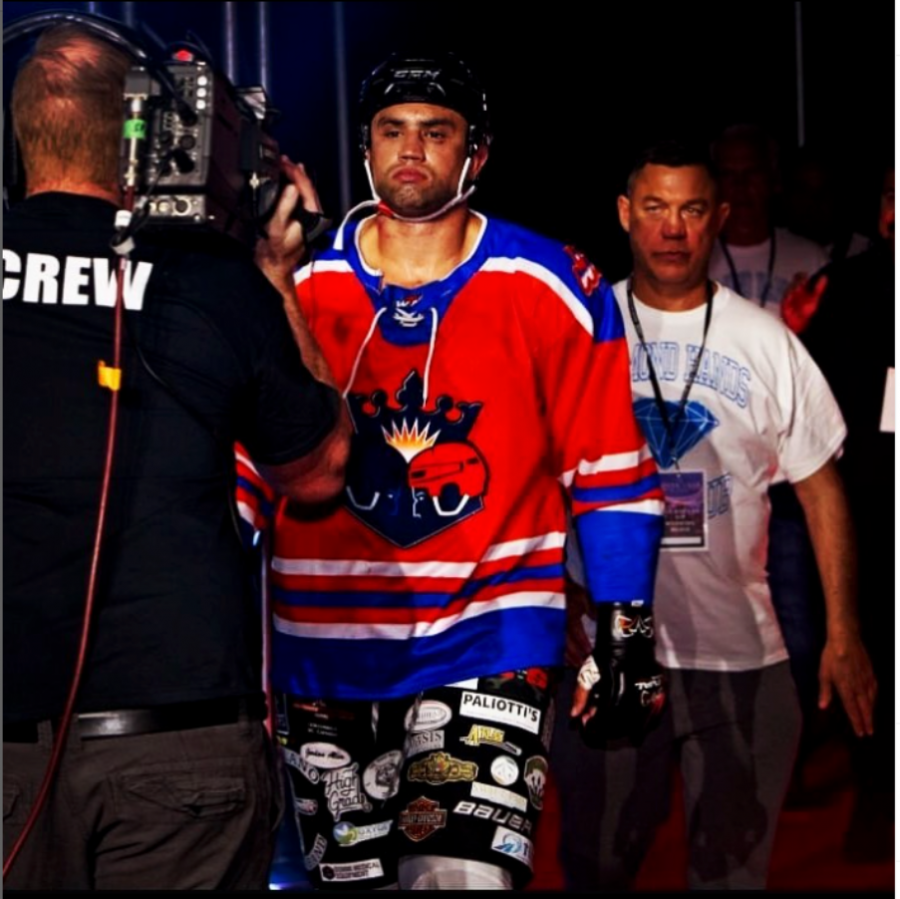 But, Amesbury doesn't believe this is a fad, or that it will die out. He has huge hopes for the expansion of Ice Wars.

"I think that the timing is right for something like this to come because you know, obviously the game is changing and we do try to be different."

"Where we really differentiate ourselves is that we have nothing to do with hockey, other than the fact that the guys are pretty much all hockey players for obvious reasons, but we are really trying to make our own direction and separate ourselves from the game."

While a third event has not officially been announced yet, rest assured, Amesbury will be ready.

"I think it will be hard to knock me off where I am at right now. I am not ready to lose, so I am going to keep training and keep improving and hopefully they will keep bringing in more and more guys and our weight class will grow and the sport will grow."

"I plan on standing exactly where I am. I don't plan on leaving."