Kelowna woman wins by TKO at UFC 242 in Abu Dhabi

UFC 242 went down over the weekend in Abu Dhabi where Sarah "Cheesecake" Moras of Kelowna took home the victory.

The bantamweight fighter was up against Liana Jojua in the event’s undercard where she won by TKO in the third round.

“It feels so good to be the first female to win a UFC fight in Abu Dhabi. It’s amazing,” said Moras. 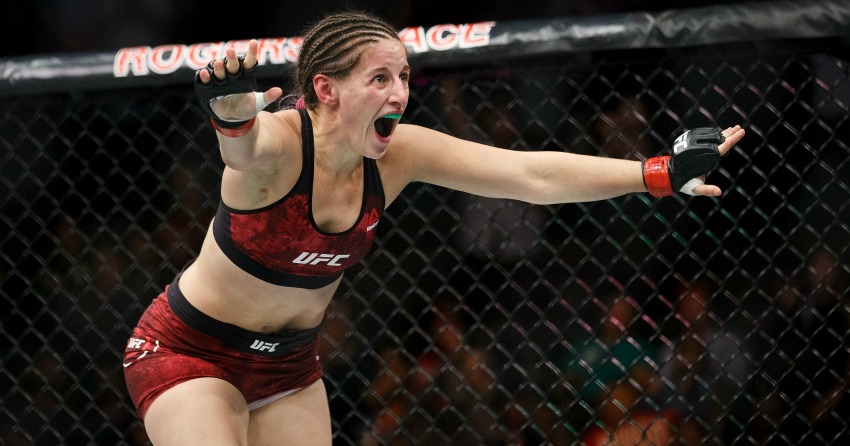 The win bumps Moras’ UFC record to 3-4-0 and her professional fighting record to 6-5-0.

According to ESPN, Moras trained with Toshido MMA and lived in Kelowna before moving to Las Vegas to further pursue her UFC career.