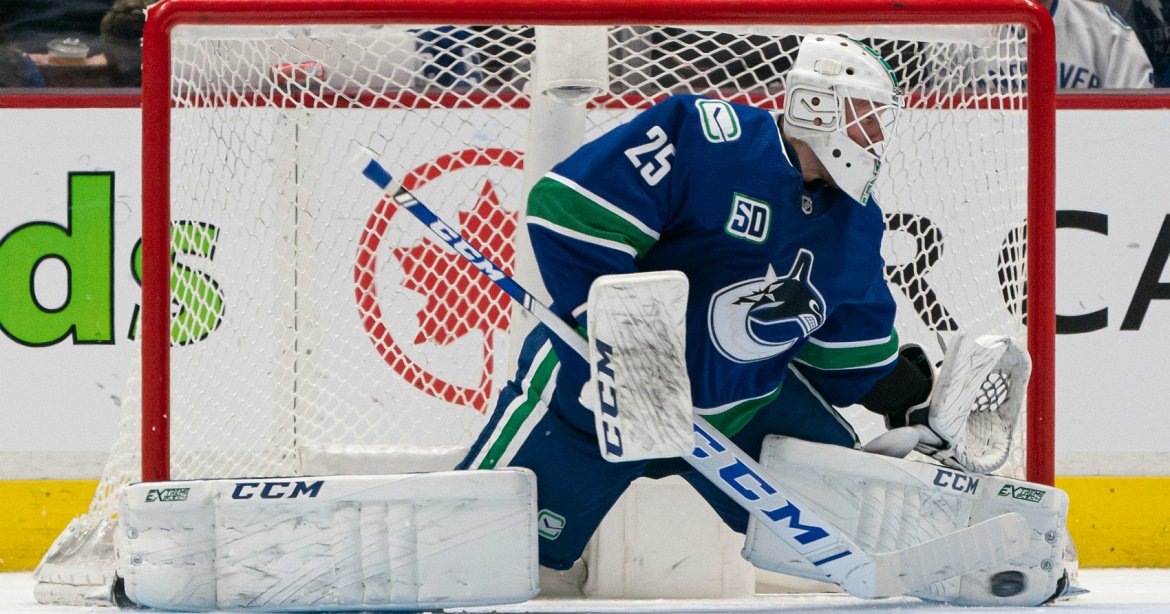 Jacob Markstrom has arguably been the MVP of the Vancouver Canucks this season, but it looks like they’ll be heading down the stretch without him.

The star goalie missed today’s practice in Montreal and reports out of Vancouver say he has a torn meniscus.

Hearing 3-4 weeks as well for Markstrom

According to TSN 1040, he could miss between 3-4 weeks with the injury.

Benning confirmed in a post-deadline press conference that Markstrom was hurt during the Bruins game, underwent an MRI in Montreal and is now flying back to Vancouver to meet with team doctors.

Benning on Markstrom: Got hurt the other night in the Boston game. It's a lower body injury. Woke up the next day & felt ok but did undergo a MRI in Montreal. He will see the doctors in Vancouver on Wednesday morning.

Should have a better timeline late Wednesday or Thursday.

News of the injury started to surface after the Canucks made a last-minute trade to acquire Louis Domingue from the New Jersey Devils.

.@PenskeMoving On the Move: The @Canucks have acquired goaltender Louis Domingue from the @NJDevils in exchange for Zane McIntyre. pic.twitter.com/Z3NzJxeJr2

He’ll assume the backup role behind Thatcher Demko, who will likely get the majority of starts until Markstrom returns to the lineup.