For the first time since 2019, international teams will be at the Little League World Series in Williamsport and Team Canada will be a squad from British Columbia.

Little Mountain Little League (LMLL) out of Vancouver capped off an undefeated run at Nationals in Calgary with a 9-4 win over the Prairies, represented by a team from Moose Jaw, in today’s final.

That means they will go from being Team BC to Team Canada and will head to the annual Little League World Series at the iconic ballpark in Williamsport, Pennsylvania.

Canada’s first game will be against Australia on Wednesday, Aug. 17. 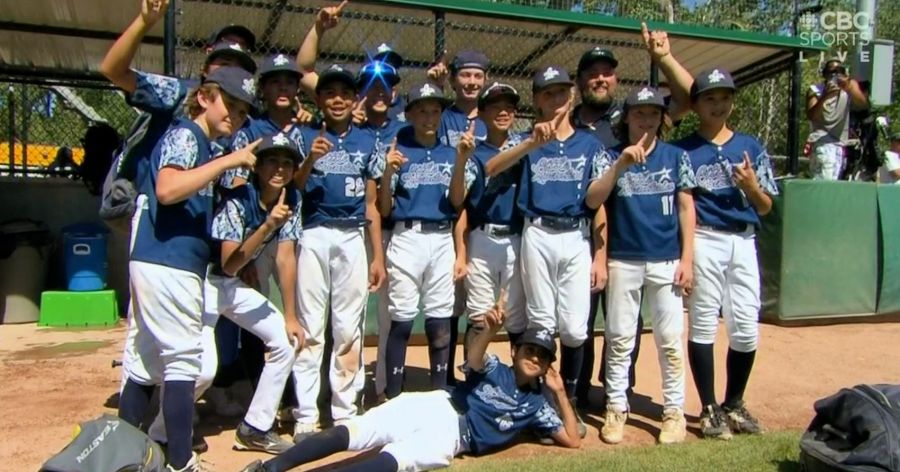 The boys from LMLL rolled through the round robin portion of the tournament with a 6-0 record and a number of blowout wins, but faced some adversity in the knockout stage.

In Thursday’s semi-final, they needed a run in the top of the final inning and a defensive stand in the bottom half to beat the hosts from Rocky Mountain Little League 3-2.

After a scoreless first inning today, they put up four runs in the second, three in the third and another two in the fourth to provide all the scoring they would need.

The Prairies team stuck around, however, and had the bases loaded in the last inning with their best hitter up to the plate.

But Jaxon Mayervich, who was impressive on the mound after entering the game in relief during the third inning, struck out Neil Cole on three straight pitches to end the game.

Mayervich held his hands up to his head in disbelief as his team excitedly ran to him to celebrate the tournament victory and a once-in-a-lifetime trip to Williamsport.