In a much anticipated follow up to last year’s FIBA Olympic Qualifying Tournament, Canada’s Senior Men’s National Team is set to return to the Save-On-Foods Memorial Centre on August 25, 2022.

In partnership with Friends of Victoria Basketball, We The West and Canada Basketball, Victoria will play host to Canada's first FIBA Basketball World Cup 2023 Qualifiers game in the second round. 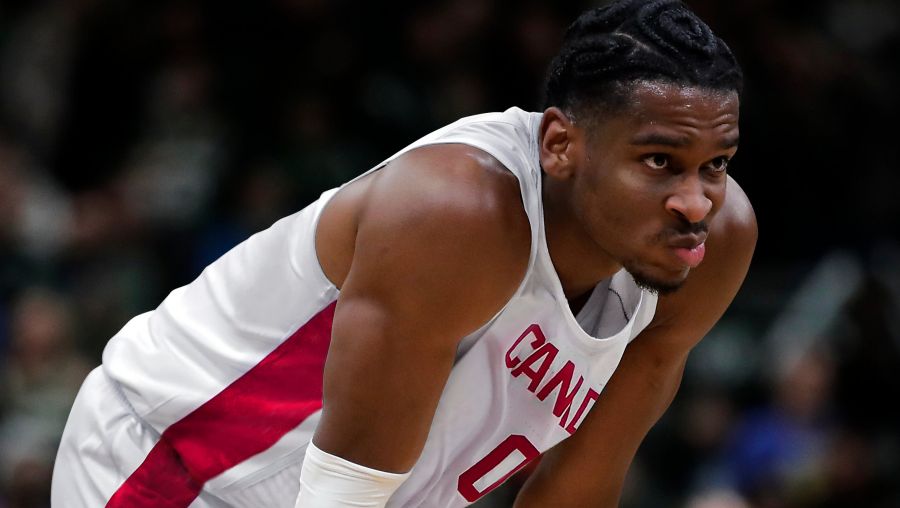 Having clinched a space in the second round, Team Canada currently sits in Group C's top spot in the first qualifying round.

Canada's opposition for the August game remains unknown until the conclusion of the first qualifying round. However, should Canada hold first place, they will play 2nd place in Group A, which, as it stands, looks to be Venezuela or Argentina.

“After the FIBA Olympic Qualifying Tournament was significantly impacted by the COVID-19 pandemic, we promised that we’d bring our Senior Men’s National Team back to British Columbia,” said Michael Bartlett, President & CEO of Canada Basketball.

“We saw firsthand last summer the passion for basketball not only in the City of Victoria, but across all the surrounding municipalities that make up the Greater Victoria area. We’re thrilled to come back later this summer as we continue our journey towards qualifying for the FIBA Basketball World Cup 2023, and ultimately the Paris 2024 Olympic Games.”

The top three teams in Group A and Group C will merge to form a new Group E in the second qualifying round. Canada, Dominican Republic, Venezuela, and Argentina have all clinched berths into the second round. Panama, Paraguay, Bahamas, and the U.S. Virgin Islands will play their final games to see who advances onto the second round.

In the Americas region, 16 teams will face off over two rounds, with the three best teams from each Group and the fourth-placed team qualifying for the FIBA Basketball 2023 World Cup. For additional information on the FIBA Basketball World Cup 2023 Qualifiers format, view this video on Youtube created by FIBA - The Basketball Channel.

The FIBA Basketball World Cup 2023, set to take place from August 25 to September 10, 2023, will see the Group Phase in the Philippines, Japan and Indonesia. The Final Phase will follow in the Philippines' capital city of Manila.

Canada will play at the Save-On-Foods Memorial Centre in Victoria on August 25, previously playing in Victoria for the Olympic Qualifying Tournament in July 2021. Home of Canadian NBA Hall-of-Famer Steve Nash, the BC Capital, is eager to have international basketball back on Vancouver Island.

"We're thrilled to host this exciting and important national event in the capital city," said Lisa Helps, Mayor of Victoria. "Our basketball courts in all our parks are one of our most used city assets showing so clearly that Victorians love basketball and we will so excited to have this match take place here."

General Ticket sales will launch to the public on July 15 at selectyourtickets.com. To keep up to date with game day and ticketing information, follow @wethewestfest on social media, or visit www.wethewestfest.ca